The stinging nettle is a plant with a long history of use. For thousands of years, it´s been used as food, for weaving cloth and making paper. The plant contains fibres similar to industrial hemp and flax. These fibres are hollow inside and provide natural insulation that makes the garments warm. During the First World War, the German military used stinging nettles in their soldiers’ uniforms.

However, the nettle is better known as a medicinal herb and has been used since ancient times in Greece as a diuretic and laxative. We have Julius Caesar’s soldiers to blame (or hail) for helping spread nettle throughout northern Europe. They brought the plant with them during war times, to keep their skin warm and to protect against frostbite. They beat themselves about the limbs with fresh nettle, but the hairs on the nettles leaves contain substances that are irritating to the skin and cause burns, pain, redness, swelling, itching and numbness. These hairs act like needles when they come in contact with the skin. The name of the plant derives from the old Germanic word “Noedl” which means “needle”. The “burning” substances vanish when the plant is dried or boiled. That is the way the herb should be used. Special care needs to be taken during collection and people should avoid consuming a raw nettle.

Today, nettle can be found all over the world, though its origins are in cooler regions of Europe and Asia. In Iceland, stinging nettle grows in Kálfanes á Ströndum (Westfjords). This nettle has undergone some studies by Matis (Icelandic Food and Biotech R&D research company) who has confirmed its potency. The plant is not found in many other places in Iceland.
Over 50 compounds have been isolated in the nettle. The type of compounds and their concentration varies according to the part of the plant used, ie. not the same in leaves, flowers, stems or roots. Some of the active compounds are plant sterol, oleanolic acid, acetylcholine, histamine, flavonol glycoside and isolectin. Studies have also confirmed that the nettle plant is a very good source of energy, protein and fiber, and nettle is a plant that contains some of the highest amount of minerals – rich in calcium, potassium, silica and sulfur. In addition, it contains vitamins and many other bioactive compounds beneficial to health.

When we at Pure Natura began selecting ingredients for our male blend, “Man,” the nettle was at the top of the list for the herbs we wanted in that mixture – and not without reason. Despite the bad reputation the fresh nettle leaves have for the skin, this herb has a lot of good qualities when it comes to men’s health and support for their hormonal system. The herb contains antioxidant and antimicrobial agents, is healing and has analgesic properties.
You can use all parts of the herb, ie. flowers, leaves, stalk and root. In the “Pure Natura Man” we use the root.
The herb has anti-inflammatory properties and the roots are particularly known for their beneficial effects on benign prostatic hyperplasia (BPH) and urinary tract problems. Stinging nettles have also been shown to have a good effect on joint- and muscle pains, eczema, rheumatism, gout, anaemia and allergies.
It is not known exactly why nettle has a beneficial effect on BPH in men. Studies indicate that its substances reduce or stop the activity of enzymes that convert testosterone to dihydrotestosterone. Dihydrotestosterone naturally occurs in men as they age, but this form of testosterone is associated with hair loss and benign prostatic hyperplasia.

Testosterone – the major sex hormone in men is found both in the bound and unbound (free) form in the body. Free testosterone is available to the body’s cells, but not the bound testosterone. It is desirable to have a good balance between free and bound testosterone and it contributes to an overall better health of men. Sex hormone-binding globulins are responsible for maintaining hormonal balance in the body and binding testosterone and making it inaccessible. Isolectin – one of the active substances found in the nettle, prevents testosterone from binding to the receptors of the globulins, thus increasing the amount of available, free testosterone hormone in the blood.
We could keep on writing about the unique properties and content of the nettle, but this is enough for the time being. The qualities mentioned above are the ones we were looking for when making our Pure Natura Man supplement. However, from what has been written above it should be obvious how versatile and amazing plant the nettle is. For those who want to read more about the nettle, please check the sources below.

We are very pleased to announce that a new supplement “Pure Natura Man”, which we have been working on for quite a while, is finally coming to the market this fall. “Pure Natura Man” is a food supplement with a combination of ingredients that you will not find anywhere else on the vitamin market. It is specially made for men, aimed at supporting their general well-being and health by nourishing and supporting their body and hormonal system. This is done with raw material from Icelandic lamb organ meat (testicles & hearts) and carefully selected herbs such as nettle root.
“Pure Natura Man” is a brilliant supplement taken on it´s own or together with one of our other supplement such as “Pure Natura Power”. 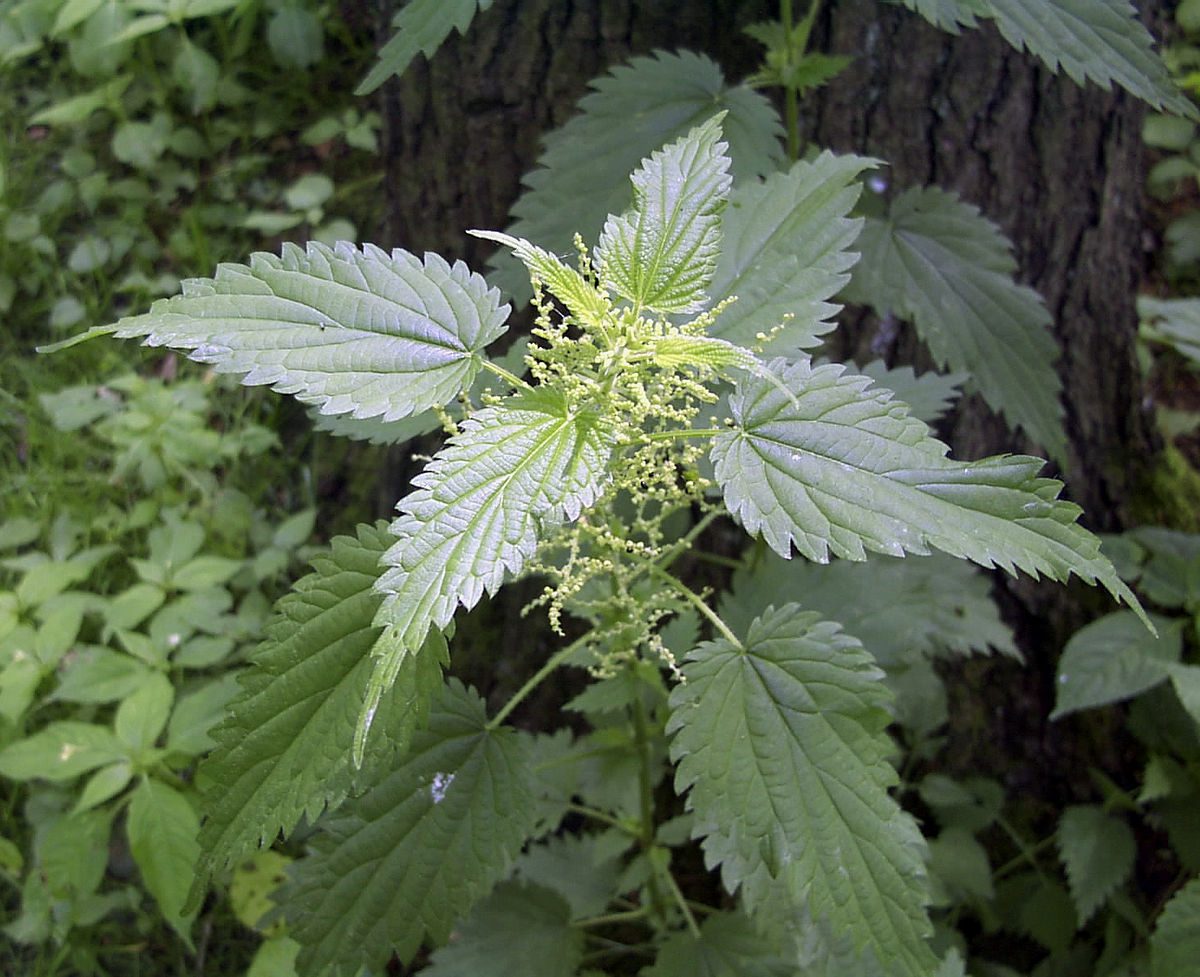