Rhodiola is a plant of the Crassuaceae family, also known as Golden root & Artic root and by some even called the Nordic ginseng. It grows in the cool, northern climates and is native to the arctic regions of Europe, Asia and Alaska and in many regions of the Arctic. It has been used for thousands of years in certain traditional medicine treatments due to the high concentration of organic compounds, such as phenols, alkaloids, flavonoids, and quinones. Rhodiola rosea contain the class of rosavins that includes rosavin, rosarin, and rosin. The root of the plant is used for human consumption.

Rhodiola is believed to increase the body´s overall resistance and help to normalize body function. Russian researchers have characterised Rhodiola rosea as a potent adaptogen. Adaptogen is a natural substances found only in a few rare plants and herbs, which provide special nutrients that help the body achieve optimal mental, physical and work performance, and increases resistance to chemical, biological and physical stressors.

The plant has been found to stimulate and strengthen the nervous system, decrease depression, improve memory, shorten recovery time after workouts, enhance work performance, strengthen immunity, support weight loss, increase libido, improve energy levels, eliminate fatigue as well as working towards optimal thyroid function. The root is believed to be good for heart disorders such as irregular heartbeat and high cholesterol. According to a Californian experiment on animals fed with Rhodiola rosea root, the lifespan of the experimental animals increased by 24% so the researchers say that this means that the plant could encourage long life in humans, though this needs to be investigated further.

Rhodiola rosea root is used in our BALANCE formula as well as our POWER blend as a light stimulant to promote physical & emotional balance and general well-being. 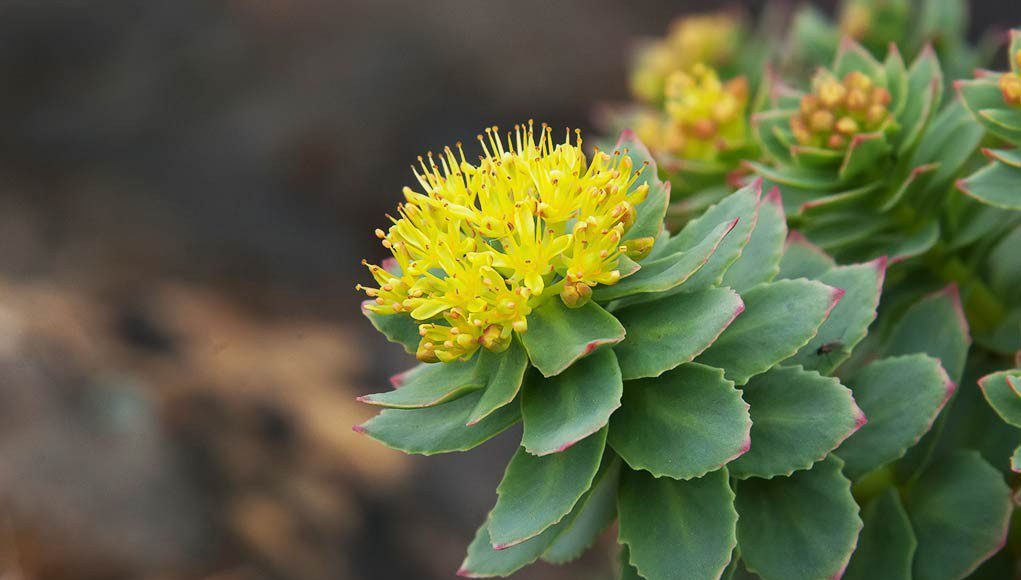