Glyphosate with your salat or antibiotics with your meat? 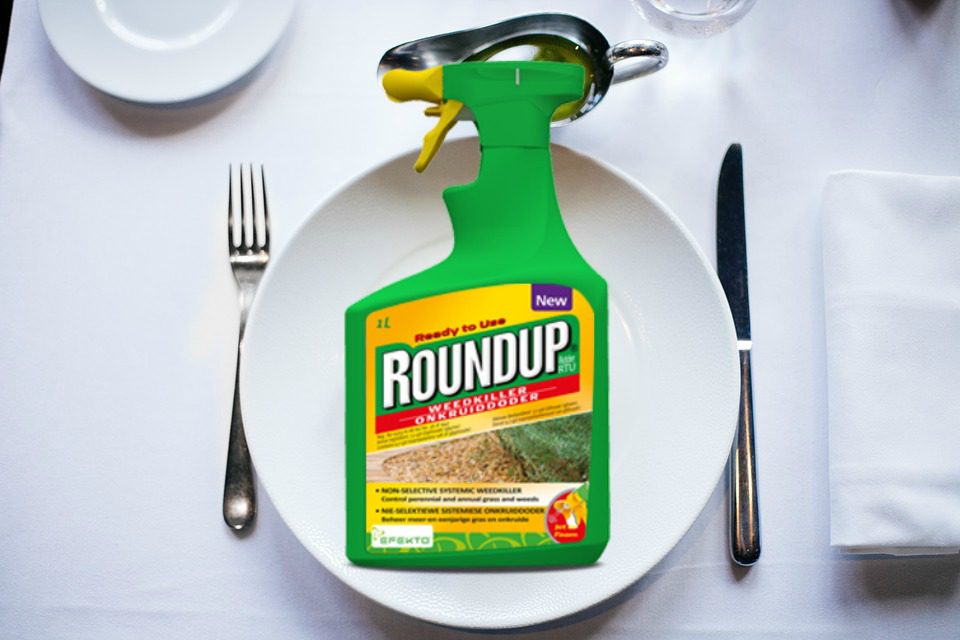 Various toxins – both herbicides and pesticides are widely used in modern agriculture. Due to that fact, it is not surprising to discover, that the majority of Americans today, have measurable amounts of glyphosate in their urine. Glyphosate is the active ingredient in the most common and widely used herbicide of all times –Roundup. The same toxin is also found in higher amount in breast milk than is permitted in drinking water and in many common and popular foods, cereals, eggs and dairy products.

A recent study conducted by the University of California San Diego School of Medicine, which spanned 23 years (1993-2016) states that the amount of glyphosate in urine has increased by 1200 % during this time.
Research conducted by the World Health Organization (WHO) and the International Organization for Cancer Research studies suggest, that glyphosate may be carcinogenic and that, in amounts above suggested health limits, it may be dangerous to human health.

Toxins are not only used in America and the situation in Europe is also in many cases not good. Studies show that residues of glyphosate can now be found in the soil of about 45% of European farmland and has been detected in 44% of urine samples taken. Please note – here we are only talking about one herbicide, but other toxins not mentioned here are also in use and complement the one above.

Icelandic agriculture is very unique in terms of the use of toxins. Various reasons such as geological and weather conditions contribute to that. Horticulture farmers in Iceland have also learned to use other methods, such as the organic ones.

Drug use, including the use of antibiotics in Icelandic livestock production, is one of the lowest in the whole world. The country is an isolated island and has very few animal diseases in its livestock. Only 15% of 119 animal diseases observed by the World Organization for Animal Health (OIE) have ever been found in Iceland. The domestic animal breeds are the same ones that the Vikings brought with them when they excepted the country more than 1100 years ago and have been living on the island in isolation since then. There are very strict import limitations and bans on the import of live animals and raw meat to the country in order to prevent infections and protect the native animals.

The control system in Icelandic food production is strict and the products are very safe and free of toxins, chemical pollution, and drug residues.

Based on available research it is clear that circumstances for agriculture in Iceland is absolutely unique. This purity is priceless and undoubtedly play a role in the fact that the Icelandic people are among the ones with the longest life expectations.

How pure is Pure

Pure Natura produces its food supplements from some of the finest raw materials that can be found in the world. Organs and glands from grass-fed lambs that roam free in the mountains and graze on land that has never been poisoned with any kind of toxin. Additionally, the supplements contain wild harvested, healthy and strong herbs, that grow in pure nutritious volcanic soil and have never been sprayed with any kind of herbicide.